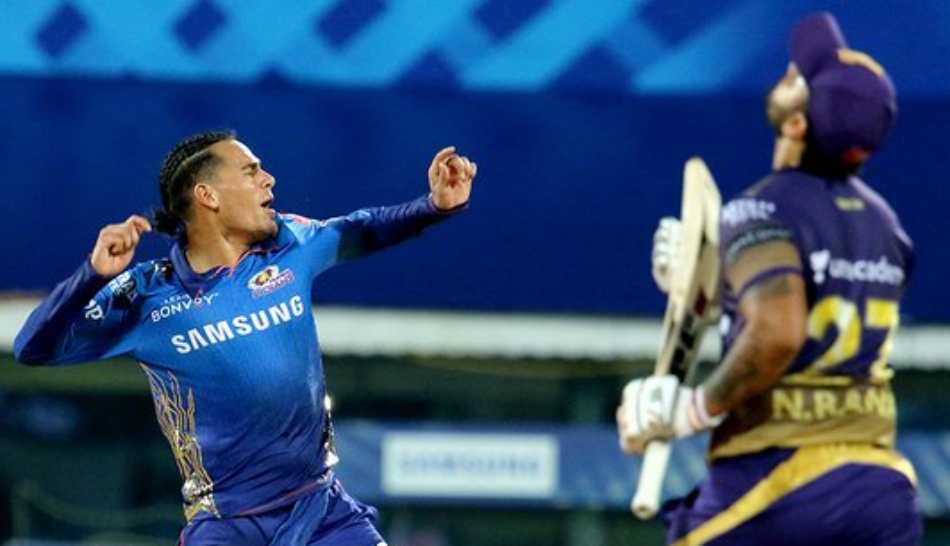 After opting to bowl first, the Knights’ bowlers put up a solid show as they bowled out Mumbai Indians for 152 in 20 overs. Andre Russell was in prime form as the Mumbai Indians crumbled. Coming into bowl in the 18th over, Russell got down to business immediately, picking up two wickets. In the final over Russell picked up three as Mumbai posted a below par total of 152.

All was in KKR’s favour, but Mumbai once again showed their mettle. The Rohit Sharma-led team who have earlier made small targets look like a tough ask, made the Knights work for it. Though KKR looked like they would secure a win, Rahul Chahar’s four-wicket haul and Krunal Pandya’s economical spell turned the screws on the Knights.

After losing the match from a winning position, KKR captain, Eoin Morgan said that the batsman should have done a better job.

Speaking to the broadcasters after the match, Morgan said, “Yeah, it’s disappointing. A lot of time we played good cricket, certainly the first half and a majority of the chase. But they are a strong team, came back and sad it didn’t work out for us. We made mistakes, hopefully we can iron them out.

“Mumbai are a very good side. I think the perfect game is to be able to do both and we’ve managed to do neither in the end. It works for us a majority of the time, but we need to do better.

“The games that have been played here, it would suggest there’s a trend (of scoring getting tougher at the end). Mumbai have been performing like this for a long time, that would be something we need to assess,” said the KKR skipper.

The skipper further added, “We put ourselves in a good position to win today, but then not to win, that’s something we need to take care off,” signed off Morgan.

With Tuesday’s loss the Knights have now won one game and lost one. The Kolkata team will next take on Virat Kohli-led Royal Challengers Bangalore on April 18 (Sunday).

Diving: Singapore’s Freida Lim has all but secured a place at the Olympics, Sport News & Top Stories