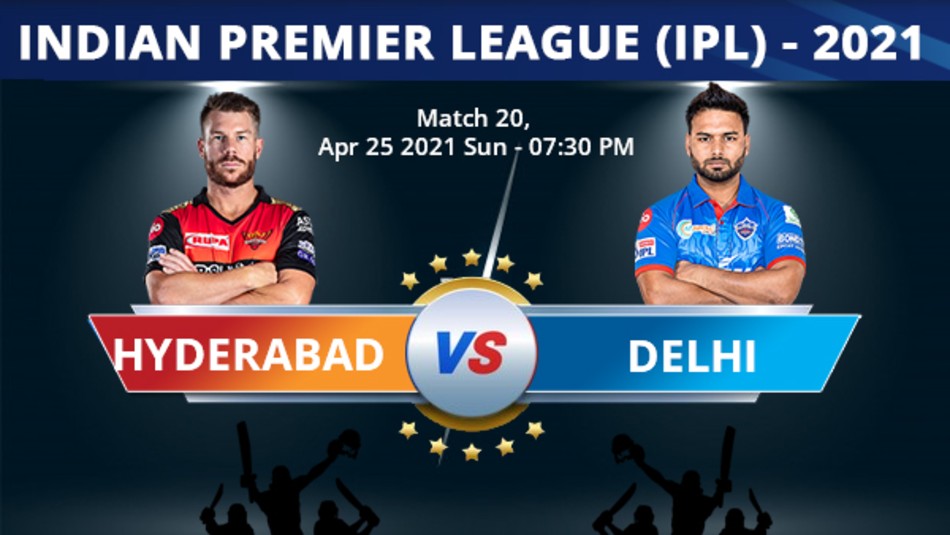 As for team news, DC made one change with batsman Lalit Yadav making way for the fit-again all-rounder Axar Patel. Axar missed the opening part of the tournament after he was twice tested positive earlier in the season.

Meanwhile, SRH also made one change a forced one as senior pacer Bhuvneshwar Kumar misses out due to a niggle. Replacing Bhuvneshwar will be Karnatak left-arm spinner Jagadeesha Suchith.

After opting to bat first at the toss, DC skipper Pant said: “I think the wicket looks drier. There’ll be less dew today because of the weather. We are gonna judge ourselves as a fielding unit. One change. We have Axar coming in for Lalit.”

SRH skipper David Warner, meanwhile, said: “It doesn’t matter. Experienced heads in the middle, we were able to do that. We bowled well, that’s pleasing.”

On the team news, Warner added: “Bhuvi’s pulled up, bit sore. Suchith’s coming in for him. That’s what we feel is best team to play against this team. Each wicket is pretty much the same. We have to assess here with the ball first and chase down whatever they set.”