A dominating bowling effort from Khaleel and Abhishek had helped SRH restrict Punjab Kings to a paltry 120 in 19.4 overs. Mayank Agarwal and Shahrukh Khan were the top-scorers for PBKS with 22 each.

In response, SRH (121/1) chased down the target with eight balls to spare thanks to a fine batting performance by Bairstow. For PBKS, Fabian Allen was the lone wicket-taker. 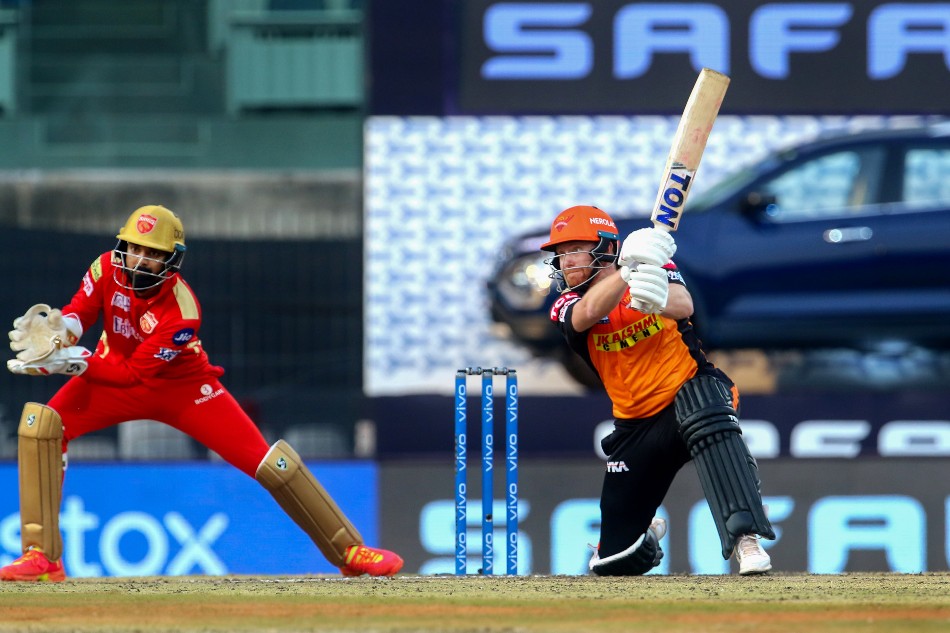 David Warner (37 off 37 balls) and Bairstow (63 not out off 56) started off the chase in comprehensive fashion, taking SRH to 50 in style in six overs. In the next four overs, Warner slowed down a bit but Bairstow continued his onslaught and smashed timely boundaries.

In the 11th over, Allen removed the SRH skipper to give Punjab Kings a glimmer of hope. But, Bairstow and Kane Williamson didn’t allow Punjab Kings to capitalise as the duo stitched a 48-run partnership to take SRH over the line with 8 balls to spare.

After the win, skipper Warner said that he is very pleased with the victory and praised the bowlers for their effort, while he also admired his opening partner Bairstow’s ability against spin.

“It’s very pleasing, the bowlers did a fantastic job to reduce them. The game plan of having them there is to anchor the game. He rotates the strike so well. his impact points against spin are there to see. Abhishek is a young guy coming through, we asked him to bowl a lot more this season, and he did it.”

“Till we went on, he didn’t know he was bowling the first over. I didn’t want to think too much about it. It’s all about starting fresh here again, take the wicket out of it.”

Meanwhile, the man of the match, Bairstow was over the moon as his side finally sealed a win.

“Absolutely over the moon to get us over the line. Been really close in most of the games, and haven’t got through. Probably through carelessness to be honest. Pleased to get over the line,” Bairstow told in the post-match presentation.

Each game we’ve seen after the powerplay it’s gotten harder and harder. It was key to make sure we took advantage (of the powerplay). I don’t really need to talk about how good Kane is. That one Moises dropped at covers, to time it like that and not get four,” Bairstow added.

Here are highlights of PBKS vs SRH 2021 post match presentation:

Fans or no fans at Tokyo Olympics? Officials to decide by June