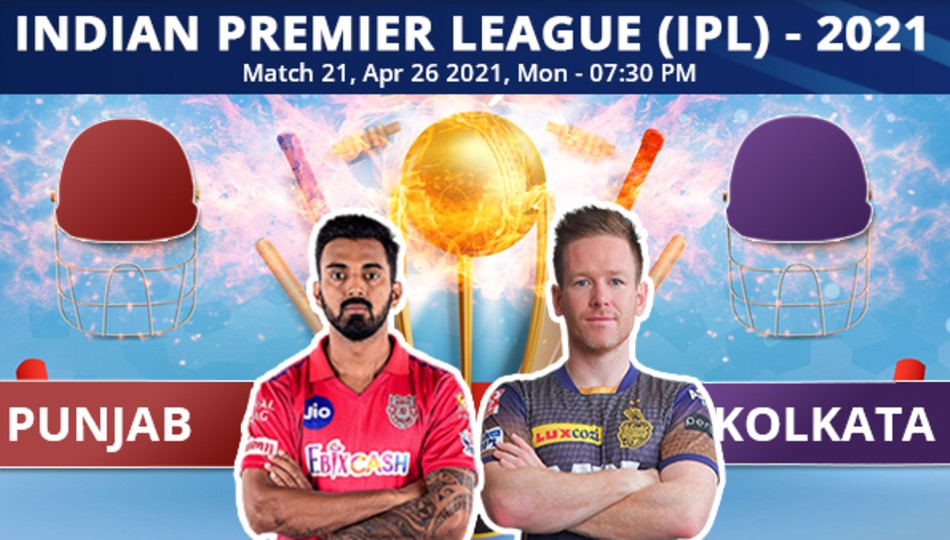 While KKR are heading into the match on the back of four consecutive losses, the Punjab Kings will enter the game after a morale-boosting win over Mumbai Indians in the previous game.

After winning the toss, KKR captain Eoin Morgan said, “Hope our luck changes. We have the opportunity to turn that around. A little but of momentum and confidence can make the difference”

Morgan said the side had enough talent and depth in the squad to turn their season around. For their match against Punjab, the Knights have named an unnamed side.

Meanwhile Punjab Kings have made one change to their line-up for their sixth match of the season. Chris Jordan will come into the playing XI in place of Fabian Allen.

After losing the toss, PBKS skipper KL Rahul said, “It is a new venue and new pitch. It will be interesting to see the start we get here. The last win gave us a lot of confidence and that me and Chris could stay till the end. Gayle keeps things light in the dressing room!”