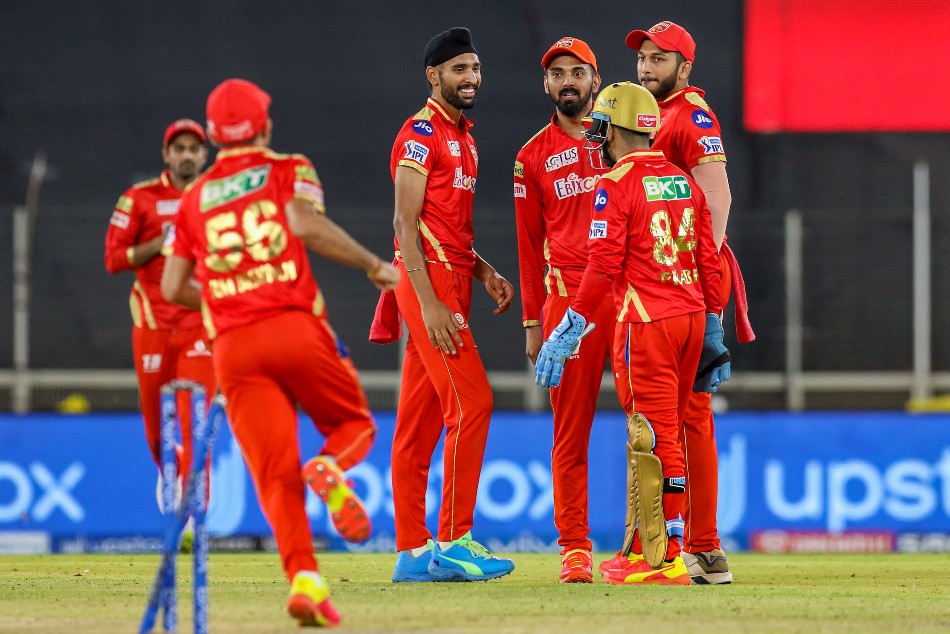 Brar’s match-winning 3/19 was wonderfully complemented by Bishnoi’s 2/19 as their combined haul of 5/36 in 8 overs decimated a star-studded Royal Challengers Bangalore.

Come Sunday, the duo will face a tougher task against the Delhi team which has a slightly better record against spin attacks with openers Shikhar Dhawan and Prithvi Shaw in imperious form.

Dhawan (311 runs) and Shaw (269 runs) have provided flying starts with five half-centuries between them along with 71 fours and 15 sixes.

For any bowling unit, facing the Dhawan-Shaw duo is a scary proposition.

Even Steve Smith and Rishabh Pant are fantastic players when it comes to tackling the slow bowlers.

In fact, Bishnoi, who primarily bowls the googly, will like to challenge the DC skipper, who has a knack of hitting against the spin over deep mid-wicket region.

The Narendra Modi Stadium track has shown that balls tend to grip and batting becomes difficult as the game progresses.

It won’t be therefore surprising if the in-form KL Rahul wants to bat first again and replicate his smashing 57-ball-91 not out against RCB the other day.

For Capitals, there is a chance of veteran leg-spinner Amit Mishra making a comeback into the playing XI after DC watched Bishnoi get so much success in the past few games.

In case Mishra gets the nod, Lalit Yadav will have to make way for him although he was impressive with his off-breaks against KKR during their last game.

Axar Patel’s all-round presence gives much-needed stability as he could prove to be a handful on the slower tracks.

It will be a battle of top orders where Rahul’s finesse will be countered by Prithvi Shaw’s exuberance while Chirs Gayle will try to overpower Pant’s pyrotechnics with his own marauding style of batsmanship.

However, one area where DC is slightly ahead will be the pace bowling department, comprising the troika of Avesh Khan, Kagiso Rabada and Ishant Sharma.

While Avesh has had a stand-out season so far with 13 scalps at less than 7.5 run economy rate, Rabada has got some kind of rhythm in the past two games that was absent during some of the earlier games.

For Punjab also, the problem has been consistency save skipper Rahul, who has scored 331 runs so far.

In the bowling department, Mohammed Shami has only eight wickets from seven games while premium buys like Jhye Richardson and Riley Meredith have been very expensive.

Chris Jordan has been just about okay in a couple of games which has made Rahul’s job of identifying the perfect pace combination infinitely difficult.

The length that Punjab Kings pace attack has bowled has been cannon fodder for the batsmen going for the jugular during the back-end of the innings.

It will be interesting to find out how much of a tactical shift happens for Punjab pacers when a Pant or Shimron Hetmyer is on strike between 17th to 20th over.