Put in to bat, Rajasthan rode on 42 by skipper Sanju Samson and Jos Buttler’s 41 to post a competitive 171 for four but their efforts was overshadowed by de Kock, who struck six fours and two maximums to complete the task in 18.3 overs at the Arun Jaitley Stadium.

Krunal Pandya also played a useful cameo, smashing 39 off 26 balls with the help of two fours and as many sixes.

Mumbai openers Rohit Sharma (14) and de Kock put up 49 for the first wicket. The South African fetched his first boundary, a cover drive, and then launched into left-arm pacer Mustafizur Rahman (1/37) for a four and a maximum. While Rohit played his trademark pull-shot to get a six in the fifth over. 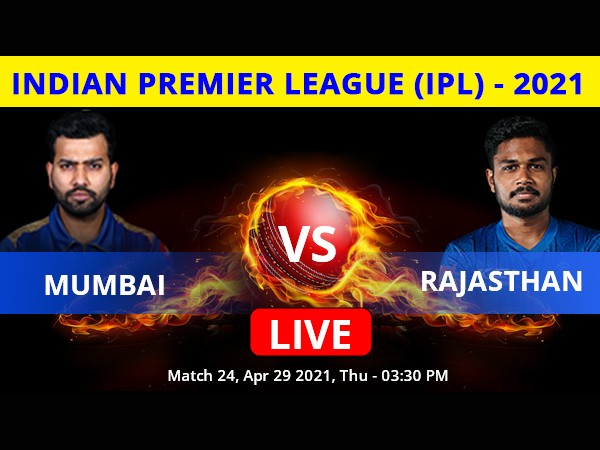 De Kock hammered Chris Morris (2/33) for another maximum but Rohit perished in the sixth over, giving a dolly to Chetan Sakariya at mid-on.

Leg-spinner Rahul Tewatia (0/30) conceded three boundaries in the seventh over, two by Suryakumar Yadav (16; 3×4) and one by de Kock, as Mumbai got 14 runs.

However, Morris brought back Rajasthan by removing Surya, as Mumbai slipped to 83/2.

Krunal joined de Kock, who completed his half-century in 35 balls and then got a life. Krunal smashed a six over the sight-screen off Tewatia, in the 15th over, which fetched Mumbai 12 runs as they needed 41 runs from the last five overs.

De Kock and Krunal added 63 runs for the third wicket and brought the side closer to a win.

A profligate Morris conceded 16 runs in the 18th over, as Kieron Pollard (16 not out) and de Kock took them on the cusp of a win. 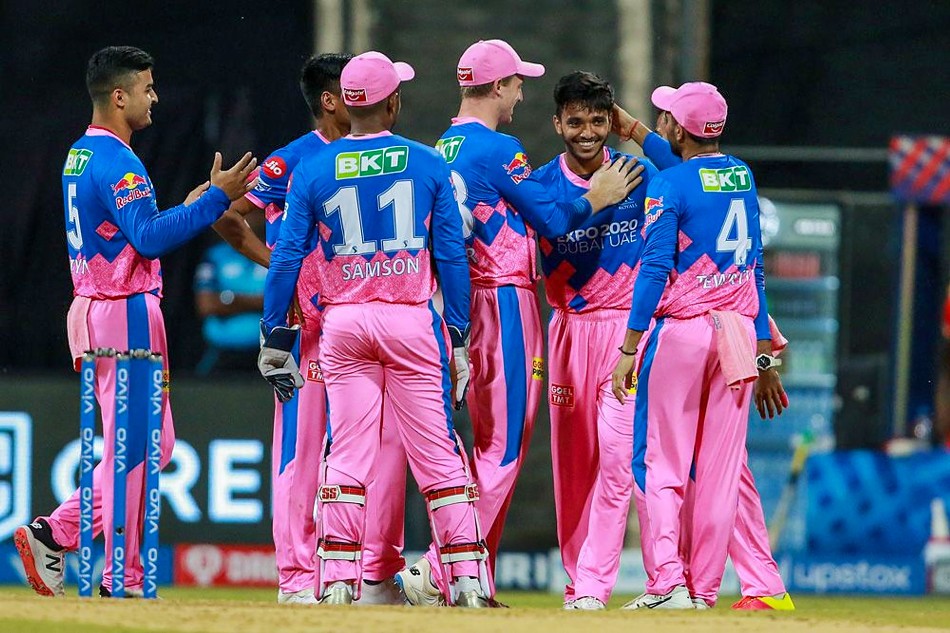 Earlier, Samson blazed his way to 42 off 27 balls as Rajasthan Royals posted a competitive 171 for four.

Buttler started with a first-ball boundary, a flick to the fine-leg fence. The Englishman then fetched his second four, off Jasprit Bumrah (1/15), a cheeky hit to the third man boundary.

Jaiswal picked his first boundary in the third over off Trent Bout (1/37), a pull to the backward square-leg boundary.

Buttler, who got a life, then upped the ante. He took on off-spinner Jayant Yadav (0/37), hammering a four and then a maximum, in the fifth over.

Jaiswal too changed gears, as he struck a four and a maximum, his trademark pull-shot, off successive deliveries off pacer Nathan Coulter-Nile (0/35), as his team amassed 14 runs in the sixth over and raced to 47/0 after power-play.

Buttler, who was in his elements, smashed Jayant for another six in the seventh over. Buttler hit yet another maximum, this time off Rahul Chahar (2/33), but the leggie dismissed him the very next ball, stumped by de Kock.

Samson started with a boundary, a cut-shot and then hit two boundaries off Krunal Pandya in ninth over, in which RR got 12 runs. But Chahar struck again, this time removing Jaiswal, as he lobbed off a return catch.

Shivam Dube (35 off 31 balls; 2×4, 2×6) and Samson, who hit five boundaries, added 57 runs for the third wicket, with the Mumbaikar playing some aggressive shots.

Samson also kept playing shots at will, as he hit two successive boundaries, in the 16th over off Boult, which fetched his team 14 runs.

However, Boult cleaned up Samson in the 18th over and then Bumrah dismissed Dube in the penultimate over, as the Mumbai bowlers kept things tight in the last four overs. RR got 45 runs in the last five overs

De La Hoya jabs back at Pacquiao: ‘Couldn’t take me down drained and all’