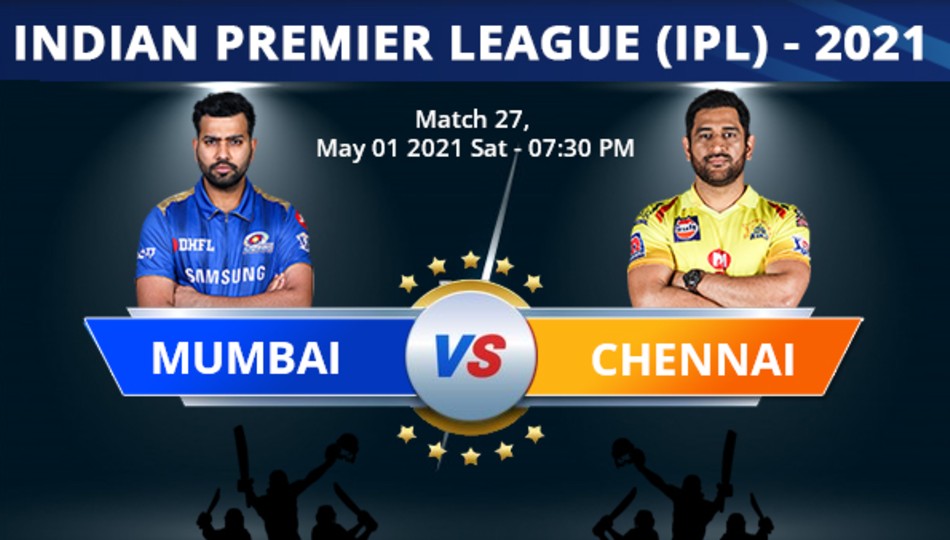 Both sides are entering the match on the back of similar wins. But Chennai have been the better side this season. While Mumbai are currently enduring a mixed season, having won three games and losing three, the Super Kings have won five on the trot after losing their opening game.

After winning the toss Mumbai skipper Rohit Sharma said, “It looks like a good pitch and we’ve played here. The guys love playing big games and you can judge your character in big games.”

Talking about the changes to the line-up the MI captain said, “Made some tactical changes. Dhawal Kulkarni in place of Nathan Coulter-Nile and Jimmy Nisham in place of Jayant Yadav.”

Meanwhile, after being put into bat, Chennai captain MS Dhoni said, “We were looking to field first as well. The pitch has been surprisingly good. The wicket has got better for batting in the second half, but it has been good at the start too.”

The Chennai side will be playing the same side as their previous games with no change tonight.

Denver Broncos, NFL 2021 schedule to be revealed May 12