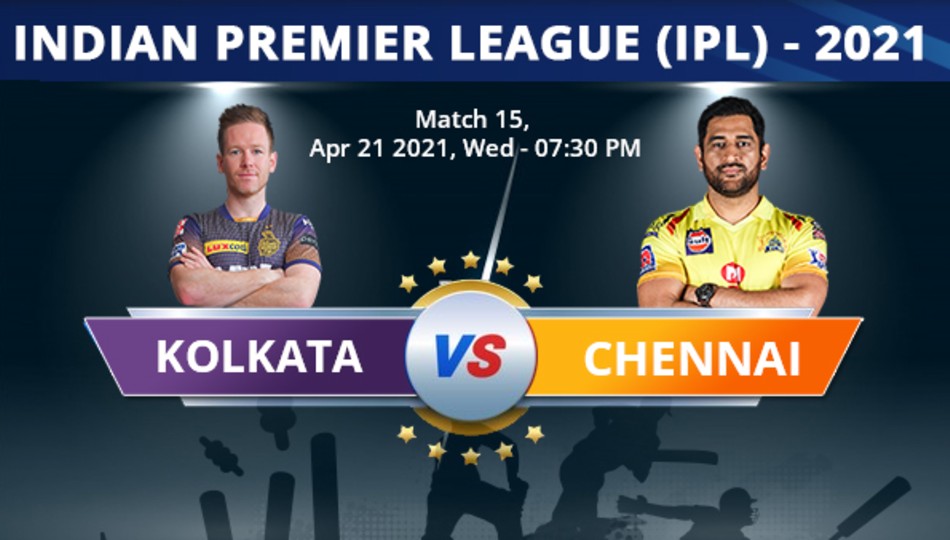 Super Kings moved top of the IPL table with their third consecutive win, while it is now three straight defeats for KKR, all coming while chasing.

Du Plessis scored 95 not out at Wankhede Stadium as Super Kings set KKR a daunting target of 221.

The South African put on 115 for the opening wicket with Ruturaj Gaikwad (64) and added 50 with Moeen Ali (25), remaining at the crease until the innings ended with the score at 220-3.

Chahar (4-29) took four wickets for the second time in three outings, with KKR’s top order crumbling as they fell to 31-5 within the first six overs, though CSK’s victory was nowhere near as convincing as it should have been from there. 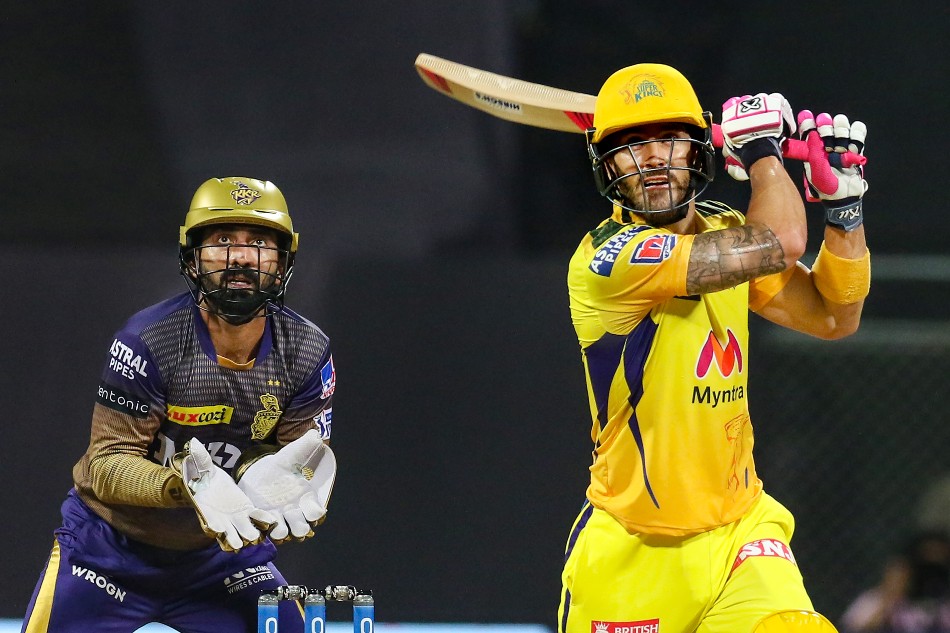 Some trademark huge hitting from Andre Russell – who smashed 54 from 22 balls with six maximums – gave KKR hope. With much-needed support from Dinesh Karthik (40), he embarked on an extraordinary innings until being bowled behind his legs by Sam Curran (1-58).

Russell had reached his fifty in just 21 balls and was visibly frustrated after his dismissal.

Karthik became only the third player ever – after MS Dhoni and Rohit Sharma – to reach 200 IPL games and kept going until Lungi Ngidi trapped him lbw, while Pat Cummins continued the fight, scoring 66 not out for his highest career T20 score.

He racked up six maximums and scored 30 from the 16th over off a bewildered Curran, only to see his hopes of engineering a famous win end when numbers 10 and 11 were both run out in the last two overs.

A tremendous innings from Du Plessis saw him score 13 boundaries, including four sixes.

He came close to a hundred and was on strike with 94 to his name with two balls to go only to hit a single, allowing Ravindra Jadeja to smash a six off the only ball he faced and finish the Chennai innings with a flourish.

Du Plessis’ 95 was the second-highest score of IPL 2021 and the highest unbeaten innings.

He now holds the highest average (82) of any player – quite the recovery after going out for a duck in the first match against the Delhi Capitals.

KKR have gone two years without reaching the play-offs and their start to the season is not helping their hopes of a return to the top four, with this their fourth loss in five meetings with Super Kings.

With three straight defeats, the last time they lost as many consecutive matches in the IPL was back in 2019, when they had a miserable streak of six. They must halt this current run against Rajasthan Royals on Saturday.