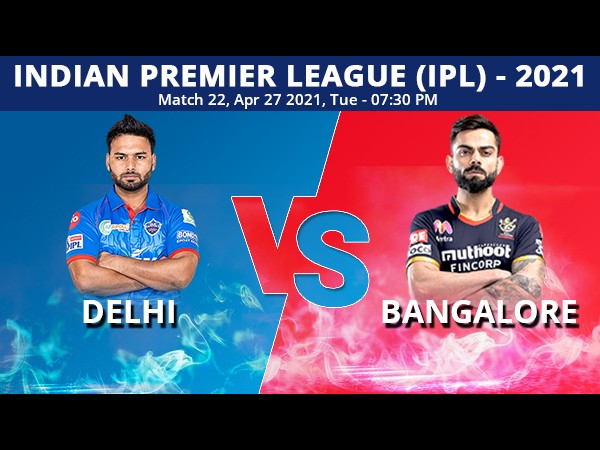 RCB, on the other hand, have included Rajat Patidar and Daniel Sams and rested Navdeep Saini and Daniel Christian.

After winning the toss, Pant said, “We will look to bowl first. The wicket looks dry, so we want to bowl before the dew sets in. Nothing much to talk about the previous game. We should have won the game before the Super Over. Ishant is playing in place of Ashwin.”

Kohli too conceded that he would have bowled first had he won the toss. “We would have bowled as well. Dew is a big factor here. I think it came as early as the first innings. So we got to set a nice foundation, need to have wickets in hand and go hard. We need to keep that intent going. Saini makes way for Rajat Patidar, he will bat at 3 to give us a bit more batting. Daniel Sams replaces Dan Christian,” said Kohli.

The pitch and dew factors must have compelled Pant to bowl first in their first match in Ahmedabad. The commentator Kevin Pietersen in his pitch report said: “Last night it (the pitch) started slow. Later in the game, the dew factor is an issue. I think it will play a big role in what happens at the toss. The winning captain is probably going to say we will bowl.”