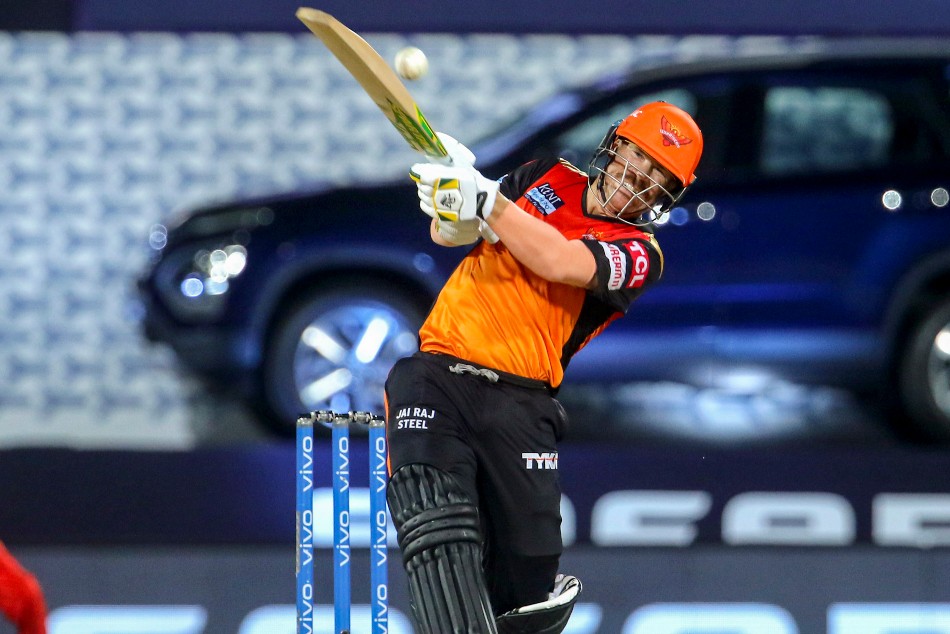 On Wednesday, the SRH skipper added not just one but a couple of feathers to his cap, during Sunrisers match against the Chennai Super Kings.

During SRH’s sixth match of the season, Warner, who needed just 40 runs to achieve this feat, took 47 balls to bring up 40 and complete 10,000 runs in T20 cricket. The Australian cricketer joined the elite club with two quick singles. On a day when the SRH opener scored a slow innings, it took Warner a while to reach the milestone, but the skipper did, and added a few others on the way.

Warner joined the elite 10K club which has only been achieved by West Indies greats Chris Gayle (13839 runs) and Kieron Pollard (10694) and Pakistan all-rounder Shoaib Malik (10488).

Just after joining the elite club, Warner whacked a maximum over long-off to bring up 200 whopping sixes in the IPL.

If that was not enough, Warner picked up two more milestones during SRH’s game against CSK. The SRH opener, who needed just 25 runs to become the first player to reach 4000 IPL runs for SRH, added the feat during SRH’s innings against CSK at the Arun Jaitley Stadium.

And to top all the records, the Sunrisers skipper also brought up his 50th IPL half-century. The Australia batsman brought up his half-century of 50 deliveries, and Warner did it in style as he lifted it over midwicket to reach the landmark.

Warner played one of his slowest knocks as he laboured to 57 off 55, before Lung Ngidi removed the SRH skipper.

Earlier, Sunrisers, who have won just one match of the five played so far, won the toss against Chennai Super Kings and elected to bat first.

Here's what the Broncos will do with No. 9 overall draft pick