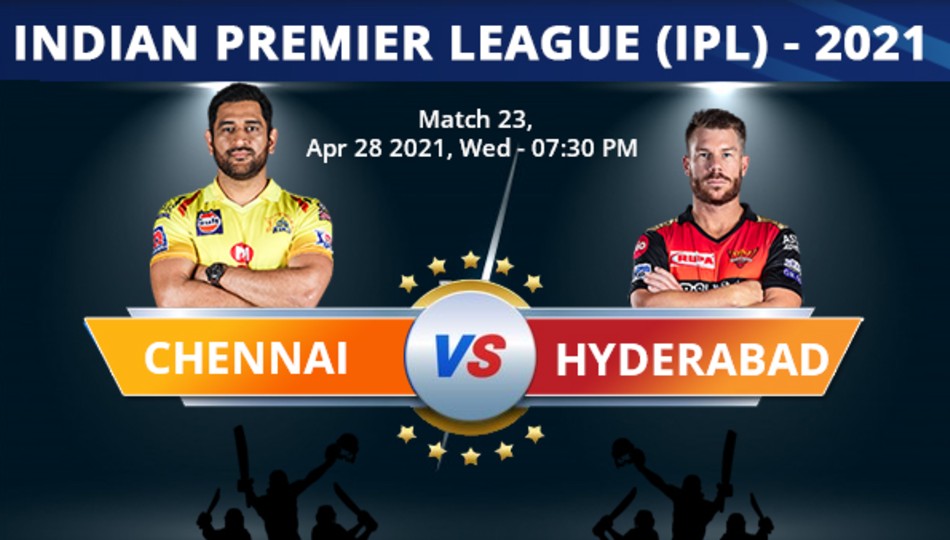 After winning the toss SRH captain, David Warner said, “It looks like a different surface to what we see at Delhi. It’s about attitude and discipline. We had some chasing games in Chennai, but for us it’s about to stay relaxed. Two changes: Abhishek Sharm and Virat Singh miss out and Manish Pandey and Sandeep Sharma are back in.”

Meanwhile after losing the toss, Chennai skipper MS Dhoni said, “No we were looking to bowl first. It’s a bit tacky and when we practiced there was a lot of dew. Whenever there’s dew, we like to chase.”

Chennai will also see two changes as Ngidi Lungi and Moeen Ali come back in for Dwanye Bravo and Imran Tahir.