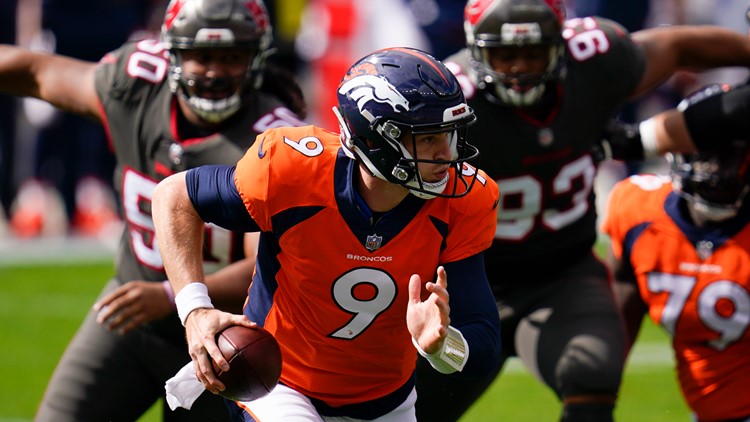 Bridgewater will compete with Drew Lock for the Broncos’ starting quarterback this offseason.

Driskel was signed to a two-year, $5 million deal last year to be Lock’s backup. Driskel came off the bench to replace the injured Lock in week 2 at Pittsburgh and played well, throwing two touchdowns although he was sacked six times in a 26-21 loss.

The next week he got his first, and only, start, and it happened to be against the eventual Super Bowl champion Tampa Bay Bucs and their great defense. He was sacked another five times and was benched in favor of Brett Rypien in the fourth quarter of what would be a 27-10 home loss to the Bucs.

Driskel also drew attention a few weeks later when he tested positive for COVID-19 a day after a QB meeting in which of all of his quarterback colleagues were deemed in close contact for not properly wearing their masks around him. None of the Broncos’ quarterbacks were allowed to play in an embarrassing, 31-3 loss to New Orleans. Practice squad receiver Kendall Hinton, a former college QB, was called up to play quarterback for the Broncos — to predictable poor results despite his brave effort.

Driskel earned $2.5 million last year, but he won’t get the $2.5 million he had on his contract for this season.

Saubert is a former fifth-round draft pick of the Atlanta Falcons. He has bounced around, going from Atlanta to New England to the Raiders, to Bears and finally Jacksonville.

The 6-foot-5, 253-pound Saubert will have a decent shot to replace Nick Vannett as the Broncos’ blocking tight end this year. Vannett was released in March but quickly signed with New Orleans.

RELATED: Broncos 2021 offseason: After trying to keep up with Chiefs’ offense last year, strategy flipped to trying to stop them