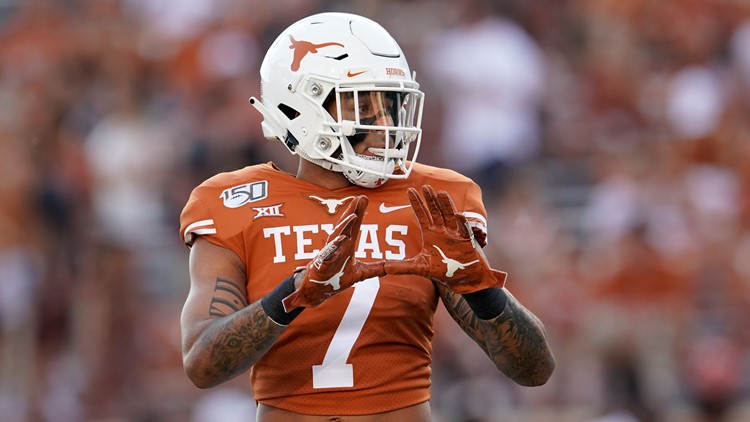 Without much depth behind him, the Broncos used both their fifth-round draft picks Saturday to take two safeties — Caden Sterns of Texas with selection No. 152 and Indiana’s Jamar Johnson at No. 164.

Both will be expected to play special teams, too.

The Broncos needed depth at the safety position as seldom-used P.J. Locke, another Texas product, and Trey Marshall are the only backups to veterans Justin Simmons and Kareem Jackson.

>>Video above: Mike Klis discusses the Broncos’ moves on Day 2 of the NFL Draft

Sterns is a 6-foot-1, 207 safety from Cibolo, Texas who was a three-year starter for the Longhorns. His best season was as a freshman in 2018 when he had four interceptions and 62 tackles in 13 games and was named Big 12 Defensive Freshman of the Year. He battled injuries in his next two seasons and had just 1 interceptions over his next 16 games.

“I wasn’t playing how I should have played,” Sterns said. “I just got to get better.”

The Broncos then took Johnson, who had 42 tackles and four interceptions in his junior season of 2020. The Broncos also have one draft pick the sixth and three in the seventh before they start signing roughly a dozen undrafted free agents.

RELATED: Broncos move up in 2nd round to draft running back Javonte Williams