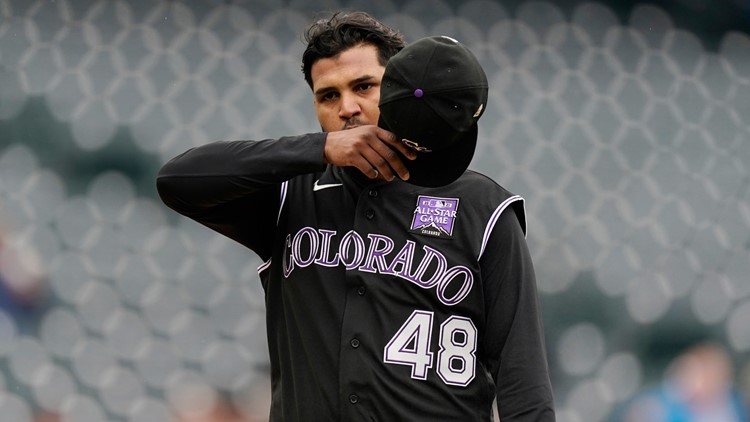 It was only the second time in franchise history Colorado had allowed 10 runs in the opening frame.

DENVER — The Colorado Rockies made history on Tuesday afternoon.

And it was not the good kind.

The team gave up 10 runs in the first inning of a doubleheader against the San Francisco Giants, just the second time in franchise history that ominous feat had happened. The other was in a 2008 game at the Los Angeles Dodgers.

It was historic for San Francisco as well as the Giants last scored 10-plus runs in the first inning of a 1967 game against the Cardinals.

German Marquez had the shortest outing of his career, giving up eight runs and only recording two outs. Brandon Belt hit a grand slam off reliever Jhoulys Chacin to make it 9-0 and Buster Posey homered to make it 10-0.

Raimel Tapia hit a grand slam in the bottom of the fourth inning for Colorado’s four runs.

The Rockies are now 10-19 on the season entering Game 2 of the doubleheader later Tuesday night.

Players get proper run in Pakistan team if they are close to the captain: Junaid Khan