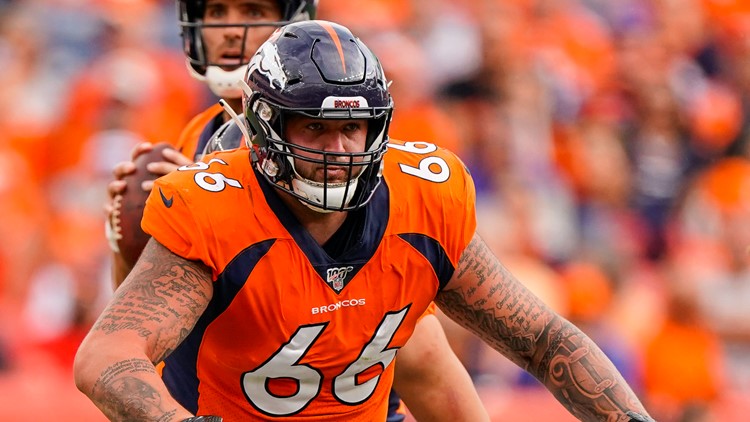 Risner: “Yeah I’m showing up Monday. I know there’s some other guys who are showing up as well. What’s important to me is I like to train with Loren Landow.”

DENVER — Where the NFL players union hurts its own constituents through its organized offseason boycott is it robs some players from making their workout bonuses.

Some of them are substantial. Broncos’ star Von Miller has a $500,000 workout bonus. Yes, he is scheduled to draw another $18.503 million this year, but still, a half-million is more than 98 percent Americans make in a year.

Three other Broncos – starting right guard Graham Glasgow ($100,000), starting left guard Dalton Risner ($75,000) and starting quarterback Drew Lock ($75,000) also have workout bonuses that can only be earned by showing up.

To the union’s credit, it recognizes exceptions must be made. The Kansas City Chiefs are not boycotting the offseason because they have 21 players drawing workout bonuses. Players union boss DeMaurice Smith has said he doesn’t want to deprive players of their money. If they have workout bonuses, they should show up at their team’s facility.

“That’s the best way to go about it if I’m the NFLPA,’’ Glasgow said in a phone interview Saturday with 9News. “The way it’s been told to us right now, I don’t think I have to go in the first week. But after that, I think I might, so I’ll do what it takes to get the bonus.”

Risner won’t wait that long. Broncos players were the first of 16 teams to announce they would not participate in in-person offseason workouts, but Risner’ offseason conditioning coach has been the same guy as the Broncos’ strength and conditioning coach: Loren Landow.

“I’ve stayed quiet through this whole process, but yeah, I’m showing up Monday,’’ Risner said. “I know there’s some other guys who are showing up as well. I’ve been at the facility all offseason, and what’s important to me is I like to train with Loren Landow. That’s where I’ve trained most of my whole offseason, and I want to continue training there. I addressed that with my team, and they were very supportive of my decision, so that was awesome.

“I do not want anyone to think I’m going against my team. I’ve been in there the whole offseason. I like to work with Loren Landow,” Risner said. “If there wasn’t an offseason bonus, it wouldn’t matter. I’m coming off my second year. I have a lot of work to do. I want a second contract with the Broncos. I have a lot to prove. I respect my teammates’ decision, I really do. I love all my teammates. But for me personally, I was already in there, and I wanted to continue to work out there.”

Many NFL veterans have said over the years that offseason workout programs are too long, with the union’s position now saying they are unnecessary other than having virtual meetings. Glasgow is a five-year starter. How does he feel about the offseason program?

“I think they’re very important to young players,’’ Glasgow said. “And by workouts, I’m not talking about the early workouts that you can get at a lot of places. But OTAs are very important. Do I think you need 10 OTAs? Probably not. But I think that having a number of practices is important.”

‘No target date yet’ for PVL return, says Palou