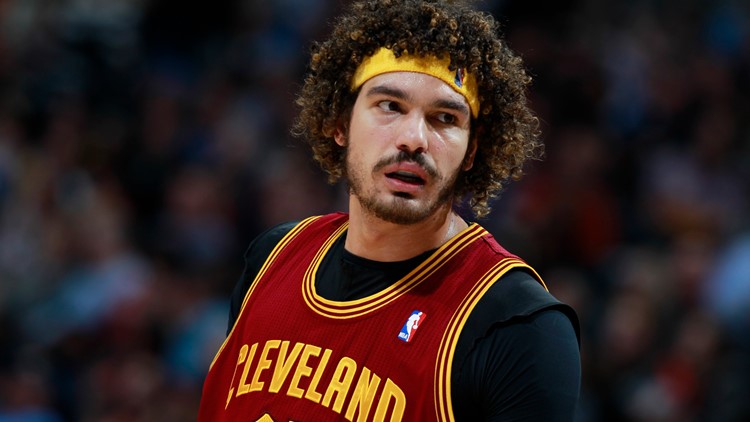 The Cleveland Cavaliers announced on Tuesday that they have officially signed veteran center Anderson Varejao.

CLEVELAND — Editor’s note: the video in the player above is from a previous story.

A familiar face will be rejoining the Cleveland Cavaliers’ roster, with the team announcing on Tuesday that it has officially signed veteran center Anderson Varejao to a 10-day contract.

“Andy embodies all that the city of Cleveland stands for and beyond, and we couldn’t be more excited to bring his experience, leadership and character back into this locker room,” Cavs general manager Koby Altman said in a statement released by the team. “His infectious work ethic and commitment to our community have earned him his rightful place in the fabric of this organization and all of Northeast Ohio, and have established a genuine admiration that resonates strongly throughout our passionate fan base. There are not many athletes who can impact the game of basketball the way Andy has over his career, and I feel that our players will benefit greatly from their daily interaction with him. We are thrilled to welcome Andy and family back to the Cavaliers.”

News of Varejao’s return to Cleveland, which was originally reported last week, came as a shock to many, as the 13-year NBA veteran hadn’t previously played in the league since the 2016-17 season. Now 38-years-old, Varejao played for Flamengo in his native country of Brazil from 2018-2019.

Originally acquired in a trade with the Orlando Magic in 2004, Varejao spent 12 seasons with the Cavs, averaging 7.6 points and 7.5 rebounds in 591 regular-season games. Affectionately known as “Wild Thing” thanks to curly hair, Varejao was a fan favorite in Cleveland thanks to his hard, defensive-minded play and ability to get under opponents’ skin.

Upon being traded to the Portland Trail Blazers in a salary cap clearing move in 2016, it was Cavs fans who the 6-foot-11 center wound up bothering. After being released by Portland, Varejao opted to sign with Cleveland’s chief rival, the Golden State Warriors and faced off with the Cavs during his former team’s seven-game victory in the 2016 NBA Finals.

After released by Golden State during the 2016-17 season, Varejao spent two seasons playing in Brazil and even made at least one appearance as a guest at Rocket Mortgage FieldHouse during the Cavs’ 2019-20 season. Currently sitting at 21-43, Cleveland has eight games remaining in the 2020-21 campaign and has officially been eliminated from postseason contention.