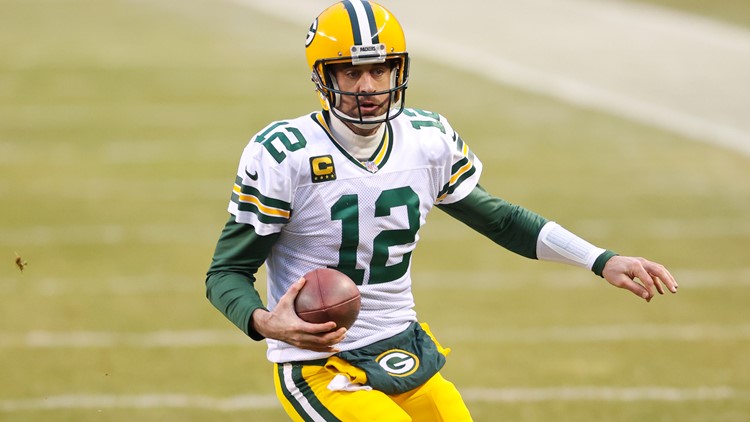 The news rocked the NFL hours before the league’s draft Thursday.

Three-time and reigning NFL MVP Aaron Rodgers has reportedly become unhappy with the Green Bay Packers organization and is looking to leave. That was first reported by ESPN’s Adam Schefter and has been confirmed by CBS Sports.

The blockbuster was revealed hours before the start of the NFL Draft, which is set to begin Thursday night.

“As we’ve stated since the season ended, we are committed to Aaron in 2021 and beyond,” Gutekunst said in a statement released by the team. “Aaron has been a vital part of our success and we look forward to competing for another championship with him leading our team.”

The Los Angeles Rams reportedly sought a trade for Rodgers before trading for former Lions quarterback Matthew Stafford. Schefter also reports that the San Francisco 49ers, who are expected to draft a quarterback in the first round, called the Packers Wednesday night.

Rodgers, 37, is entering the final year of his contract. ESPN and CBS Sports both report that high-ranking Packers officials personally met with Rodgers during the offseason, including team CEO Mark Murphy, Gutekunst and coach Matt LaFleur in hopes of extending his contract.


Schefter, who cited both team and league sources, said several factors are involved in Rodgers’ thinking. One was that the Packers surprised him last year by drafting Utah State quarterback Jordan Love in the first round. It was reportedly seen as a sign he might be on the way out.

Also, Rodgers recently guest hosted “Jeopardy!” and has expressed interest in taking on the job permanently. However, Schefter notes that Rodgers could do that and still play football. “Jeopardy” generally tapes five shows per day, so a full season could be recorded in a couple of weeks.

If he were to be traded, he would be the first reigning NFL MVP to do so, according to ESPN and CBS Sports.

The Packers lost the NFC Championship in January to eventual Super Bowl champion Tampa Bay. Down by 8 with just over two minutes to play, the Packers kicked a field goal on 4th and goal. They never touched the ball again. Rodgers, who indicated his frustration with that, joked about it when a contestant on “Jeopardy!” asked during Final Jeopardy who it was that made that decision.

The Associated Press contributed to this report.

COVID-infected numbers have to drop for 46th Season to start